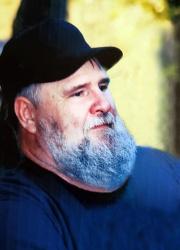 Teddy was born January 3, 1955 in Hannibal, Missouri, the son of Rebecca Vedenhoupt.

On February 11, 1989, Teddy was united in marriage to Bonnie Snow in Ashland, Missouri. They shared 31 years together at the time of his passing.

Teddy was a police officer for the state of New York and Missouri after the Army.  He enjoyed going hunting and riding his motorcycle. He loved his family and his most treasured time was spent with them.

Teddy was preceded in death by his parents; sons Ricky Lee, Keith Allen, and James Lee; and Brothers Jewell Gandy and Kevin Gandy.

Teddy will always be remembered for his love of family and the love of his Country.

Services will be held at a later date.

Expressions of sympathy may be shared online at www.hedgesscottfuneralhomes.com.

Arrangements have been placed under the care of Hedges-Scott Funeral Home, Osage Beach, Missouri.