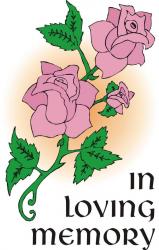 Ruthene was united in marriage to Lawrence Kitchen on September 14, 1946 at Highlandville, MO and they are the proud parents of Kenneth, Ronald and LaDonna.

After graduating high school, Ruthene was a telephone operator during World War II. After she was married, she worked as a librarian in Florissant, MO for a few years before moving to Bourbon. She worked at the Bourbon Library from the 1950’s till retiring in 1996.

Ruthene enjoyed crocheting items for her family and friends. She spent hours reading, sewing, putting puzzles together and working crossword puzzles. She was an avid collector of angels, dolls and music boxes.

Ruthene was actively involved in Samaritan’s Purse “Operation Christmas Child.” She filled shoe boxes full of gifts, candy and religious items and these boxes are mailed all over the world. Christmas was Ruthene’s favorite time of year.

For the last several years Ruthene and Lawrence have been attending the First Baptist Church of Stanton, Missouri.

Ruthene is preceded in death by her parents Hugh and Cleo Shults, sister Bernadine and husband Charles Kessinger, sister-in-law Bernice Eads and other family and friends.

In lieu of flowers donations may be made to the Samaritan’s Purse “Operation Christmas Child,” P.O. Box 3000 Boone, NC 28607 in Ruthene’s memory.

Interment and prayers will follow at the Lick Creek Cemetery, Cuba, MO.

The Mizell Funeral Home of Cuba is honored to be serving the Kitchen family.