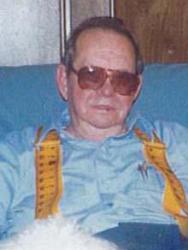 Robert Eugene was born on September 14, 1929 in St. Louis, MO, the son of Olen Melvin and Alma (Wilson) Walton. He grew up and attended school in St. Louis and then entered into the United States Army and served during the Korean War. Robert was honorably discharged in 1952. He was united in marriage to Mary Floyd on November 14, 1952 in Waterloo, IL. To this union, five children were born: Eddie, Glen, Robert, Sharon, and Peggy. Robert was employed by Hager Hinge Co. for twenty-five years. He then went to work for Villa Duchesne as a caretaker until his retirement in 2003. In 2004, Robert and Mary moved to Sullivan with their daughter, Sharon, to spend their retirement years here. They loved fishing and enjoyed camping and cooking. Robert will be lovingly remembered and missed by his family and friends.

He was preceded in death by two sons, Glen Walton and Robert L. Walton; infant daughter, Peggy Walton; and his parents.

Memorial contributions may be made to:  The Alzheimer’s Association

Friends may send online condolences to Robert’s family at www.eatonfuneralhome.com.

All arrangements are under the care of the Eaton Funeral Home of Sullivan & Bourbon, MO.