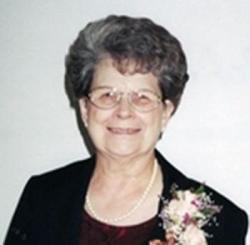 As a young woman she was united in marriage to Leslie J. Reed until his death in 1998. They were married for 52 years and were blessed with six children. In 2003, Phyllis married Jack Lewis of Lonedell, and resided with him on his farm until her death.

After graduating from Sullivan High School in 1944, Phyllis began her teaching career in the Stanton/Anaconda area where she taught for the next 20-plus years. In 1970, she embarked on a new career as the operator of a Missouri State License Office in St. Clair. She continued working in this position in the St. Clair/Sullivan for over 20 years. In 1992, Phyllis ran for the position of 2nd District Commissioner, and became the first female commissioner in Franklin County history. In 2000 she was honored with the Outstanding Citizen of the 20th Century Award by the Franklin County Historical Society.

In addition to her regular jobs, Phyllis, along with her husband, Leslie, owned and operated several businesses including Reed’s Tax Service for 50 years, Reed’s Auction Service, Reed’s Realty, and St. Clair Motel. One of their first enterprises was operating the riding stables at Meramec Caverns in 1947.

Memorials to the ECC Foundation for Debra Reed Stelzer Memorial Fund are appreciated in lieu of flowers.