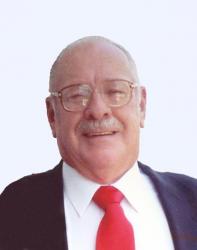 Paul Leon Sohn, of Cuba, MO, departed this life at his home, on January 22, 2018, having reached the age of seventy-eight years, seven months and nineteen days. Paul was born in St. Clair, MO, on June 3, 1939, son of Clarence William Sohn and Frances Sarah Sohn nee Landing. On March 24, 1962, he was united in marriage to Ida Mae Nevills and two daughters came to bless this union.

Paul is survived by his wife, Ida Sohn of Cuba, MO; by his daughters, Paula Griffith and husband, Dale, of Cuba and Kathy Jackson and companion, Tanner, of Gaffney, SC; by two sisters, Doris Dierker and Deanne Sohn both of St. Clair; by six grandchildren, Sarah Griffith and boyfriend, David Fields, of Cuba, Ashley Evie Mae Griffith, known to all as Evie, of Cuba, Paul Jackson and fiancée, Victoria, of Greenwood, SC, Nicholas Jackson and wife, Ashley, of Gaffney, Sarah Mercer and husband, Jake, of Hillsboro, MO and Heather Cooper of Montgomery City, MO; by one great-grandchild, brothers and sisters-in-law, nieces, nephews, great-nieces and nephews, cousins and many friends.

Paul was preceded in death by his parents, Clarence and Frances Sohn; by his brothers, Bobby Ray and Claude Sohn, and by his infant sister, Joyce Sohn.

Paul was a Christian of the Baptist faith believing in the Lord as his Savior. As a young man he was proud to have served his country for six years in the Army National Guard, entering July 23, 1956. During his working career, he was employed by Daimler Chrysler Corporation in Fenton, MO, as both an assembly line worker and then supervisor, retiring after thirty years of service. He was also a retiree of the United Auto Workers, Local 110 of Fenton, MO. Paul was an outdoorsman at heart and enjoyed fishing and hunting. He also loved to care for his yard, whether mowing the grass or tending his garden. What meant most to him was time spent with his family. His children and grandchildren held a very special place in his heart, as he did in their hearts. The love they shared and many precious memories they created will never be forgotten.

Funeral services were held at 10 a.m. Friday, January 26, 2018, at Russell Colonial Funeral Home in St. Clair, MO, with the Rev. Jim Muir officiating. Interment was in New Chapel Hill Cemetery, Sullivan, MO. Memorials may be made to the family.