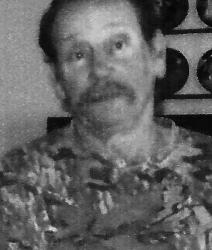 Michael Jerome Jercick was born in St. Louis, MO, March 15, 1950, to the late Jerome and Genevieve (Ems) Jercick. He grew up and attended school in St. Louis, graduating from Bayless Senior High in 1969. Michael then entered into the United States Army and served his country for nearly five years, before he was honorably discharged from service.

Michael was united in marriage to June Dietz on December 23, 1994, in St. Louis, MO. Shortly after marrying, they moved to Japan, MO to make their final home. Mike continued to work for Chrysler Corp. and retired in 2008, after the plant closed.

Michael enjoyed working around his farm, hunting, traveling, and watching television. He will be lovingly remembered and missed by his family and friends.

He was preceded in death by his parents, Jerome and Genevieve Jercick; and three brothers: Gary, Steven and Dennis Jercick.

Visitation will be from 10 a.m. to 12 Noon, Tuesday, prior to the memorial service at Eaton Funeral Home.

Memorial contributions in Michael’s memory may be made to the American Cancer Society.

Friends may send online condolences to Michael’s family at www.eatonfuneralhome.com.