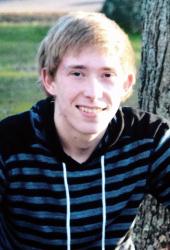 Mason Jay Alan Smith was born March 20, 1998 in Rolla, MO, the son of Jason Smith and Mandy Walbrecht. He grew up and attended school in Bourbon, graduating from Bourbon High in 2016.  Mason began working at an early age.  Throughout high school, he was employed with Steak ’n Shake in Sullivan, and in the summer time he enjoyed his lawn mowing business.  After graduation, Mason attended Rolla Technical Institute.  In 2018, he graduated with an HVAC certification and began working as an apprentice.  Most recently, he had been working construction with his soon-to-be brother-in-law, Nathan Labbee.

Mason loved riding ATVs and dirt bikes. He was a huge fan of the outdoors and enjoyed camping.  He was fond of listening to his music and had a hidden talent for drawing pictures.

Many will remember the extremely big heart that Mason had for everyone around him.  He loved making people laugh and had a great sense of humor.  Mason was quite the practical joker and was known for his pranks.

Mason was a member of First Baptist Church of Bourbon and was baptized there.  He will be missed by his many family and friends.

He was preceded in death by his grandfathers, William “Bill” Walbrecht and Tex Smith; and a cousin, Blake Smith.

Condolences may be shared with Mason’s family online at www.eatonfuneralhome.com.

Arrangements are under the care of the Eaton Funeral Home of Sullivan, MO.