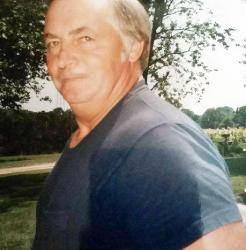 Leroy Julian was born on December 27, 1936 In St. Louis, MO, the son of Julian Samuel and Edith Viola (Sohn) Armstrong. He grew up in Sappington, MO, and later, he and his family moved to the Anaconda area, where he attended school. Leroy graduated from Sullivan High School, class of 1954. He served his county in the National Guard for nine years. On August 24, 1984, Leroy was united in marriage to Rhonda Pennock and they were blessed with 35 years together. Leroy taught shop class at Bourbon schools for a couple of years, then went into business with his twin brother, Leonard. Together, they owned and operated A and M Construction, which built new homes for families in their community. Leroy was a hard worker and good provider for his family. He enjoyed watching sports on the television, especially football, and was a member of the Bourbon Coon Hunters Club.

He was preceded in death by his daughter, Debbie Marmon; his parents, Julian and Edith Armstrong; one sister, Marie Rogers and her husband, Dennis; and one additional brother-in-law, Albert “Buddy” Rodgers.

Visitation was held 11 a.m. - 1 p.m., prior to the funeral service on Wednesday at the funeral home.

Friends may share online condolences with Leroy’s family at www.eatonfuneralhome.com.

All arrangements are under the care of the Eaton Funeral Home and Cremation Center of Sullivan, MO.