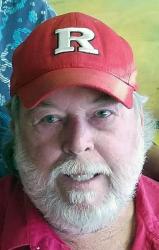 Lawrence Edward Ware of Bourbon, MO, was born on Friday, December 30, 1949 in Cuba, MO to the union of Estel Raymond and Rosella Marie (Chapman) Ware. He left from this life suddenly on Monday, November 6, 2017 in Bourbon, MO at the age of 68 years.

Lawrence honorably served his country in the United States Army during the Vietnam War from June 18, 1969 till March 22, 1972. He earned the National Defense Service Medal, Vietnam Service Medal and the Vietnam Campaign Medal w/60 Device.

After the service, Lawrence went to work for the Missouri Department of Transportation (MODOT) and he retired from there after thirty years. He could be found every morning at the Circle “N”, as he planned out his day. He believed in helping others, keeping everything in its place and looking nice. He was a member of the Bourbon A.L. Post #81.

Lawrence was a loving son, brother, father, grandfather, uncle, great uncle, brother-in-law and friend of many. He will be truly missed by all who knew and loved him.

Lawrence is preceded in death by his parents; Estel Raymond and Rosella Marie (Chapman) Ware; one brother Robert “Bob” Ware and other family and friends.

Those who are left to treasure his memory and to continue his legacy are his son Daniel and wife Anna Ware of Bourbon, three grandchildren; Ethan Protte, Izabell Ware and Daniel Lawrence Ware; three sisters Berniece and husband Dale Quinton of West Fork, AR, Elaine Steuernagel of Bourbon, and Kathy and husband Dave Lapp of Sarasota, FL; one brother Leonard and wife Tammy Ware of Bourbon, nieces, nephews and a host of other relatives and friends.

The Mizell Funeral Home of Cuba is honored to be serving the Ware family.