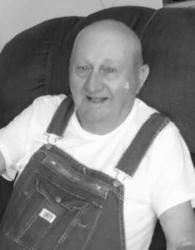 Junior started working as a young boy cutting timber with his family. He would later own and operate J.L. Simmerly Sawmill in Bourbon, Missouri for many years.

He honorably served his country in the United States Army during the Korean War. He was a lifetime member of American Legion Post #81 of Bourbon and served as Road Judge for Crawford County District No. 2.

Junior was a straight forward person and some would say, he was a bit ornery. He enjoyed going fishing, hunting, traveling with Eveline.

Funeral service was held at 11 a.m. on Saturday, Nov. 28, 2020 at the Mizell Funeral Home in Cuba, Missouri with Pastor John Limberopoulas officiating.

Interment with full military honors followed at the Bourbon Cemetery in Bourbon, Missouri.

Arrangements under the direction of the Mizell Funeral Home of Cuba, Missouri.