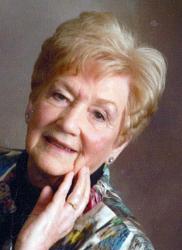 She was born September 11, 1936 at Florissant, MO the daughter of Fred and Velma (Willox) Gregory. June was one of twelve brothers and sisters. A private person, she did not want people reading of her courageous battle with cancer. June recognized that she left this earth following eight decades of being stubborn, refusing doctor’s orders and charting her own course in life. She was baptized alongside Harry as a member of Temple Baptist Church of Sullivan and found great peace in her faith. June was active in her church, loved to quilt, cook and spend time with her many good friends.

June was preceded in death by her husband, Harry Tongay; her parents, Fredrick and Velma (Willox) Glegory; and several brother and sisters.

Funeral services were conducted 3 p.m., Thursday, September 6, 2018 at Temple Baptist Church of Sullivan with Pastor Scott Perry as the officiant. Cremation took place following the service and private inurnment is to be held at a later date.

Visitation was held from 12-3 p.m., Thursday, September 6, 2018 at Temple Baptist Church of Sullivan.

Friends may share condolences online with June’s family at www.eatonfuneralhome.com.

Arrangements are under the care of the Eaton Funeral Home of Sullivan and Bourbon, MO.