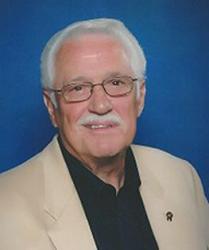 Gerald Francis (Jerry) was born on August 23, 1941 to the late Herman and Dorothy (Olsen) Stoverink in St. Louis, MO. He was united in marriage to Judy Faye Keyes on February 23, 1980. Jerry owned and operated County Heating and Cooling in St. Louis, MO He and Judy retired and made their home in Leasburg for that last several years and made may wonderful friendships. Jerry enjoyed bowling, RVing, boating, fishing and four wheeling on the property. He will be missed by his family and many friends.

The family will receive friends from 10:30 until time of service at 11 a.m., Saturday, January 18, 2020 at First United Methodist Church in Bourbon, MO.