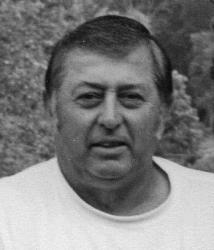 James Elwood Simmerly, Sr., 74, of Bourbon, MO, passed away Friday, May 5, 2017 at his home. James Elwoood was born on June 12, 1943 in Bourbon, the son of Jesse Simmerly and Della Edith Simmerly nee Wymer. He grew up and attended school in Coon Ridge and Bourbon before being drafted to the United States Army after High School. Upon discharge from the Army, James returned to the Bourbon area and went to work at the Mine. In 1964, James married Dorothy Compton and of this union came his two sons; Jimmy Jr. and Billy. James was later remarried and had his third child; a daughter, Laura. In 1966, James bought his first mill and started Simmerly Timber Co. Due to some health issues, James decided to retire in 1992. Jim enjoyed playing the guitar and having jam sessions in the “party room”. He also enjoyed hunting. He will be missed dearly by his family and friends. James is survived by two sons, Billy (Angie) Simmerly of Bourbon, MO and Jimmy Simmerly, Jr. of Bourbon, MO; one brother, Junior (Evelyn) Simmerly of Bourbon, MO; eight grandchildren; ten great-grandchildren, as well as other relatives and friends. James is preceded in death by his parents; three brothers; Richard, Robert and Curtis; and his daughter, Laura Simmerly. Funeral services were conducted 11 a.m., Monday, May 8, 2017 at Eaton Funeral Home in Sullivan, MO. Visitation was from 9-11 a.m., Monday, May 8, 2017 at Eaton Funeral Home in Sullivan, MO. Interment to follow at Bourbon Cemetery with Military Honors. Condolences may be sent to the Simmerly family online at www.eatonfuneralhome. com. All arrangements are under the care of the Eaton Funeral Home. Sullivan and Bourbon, MO.