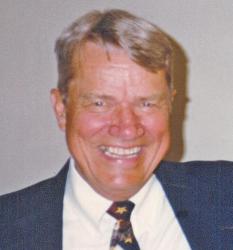 Jack Louis Koehr was born on July 6, 1932 in St. Louis, Missouri, the son of George and Mary (Smaling) Koehr. He grew up and attended grade school at Harrison Elementary School in St. Louis and went on to attend and graduate from Beaumont High School, Class of 1950. Jack entered into the United States Air Force on July 16, 1953 and honorably served his country for four years. He was united in marriage to Patricia C. Thomason on December 24, 1953 at Pilgrim Lutheran Church in North St. Louis. Jack and Patricia were blessed with six children, Denise, David, Deborah, Doreen, Dana, and Daniel. Jack attended Harris-Stowe State University in St. Louis, as well as, St. Louis University Law School, and earned his Doctorate. Jack had a passion for law and he proudly served as an Attorney, former Public Defender, former Alderman, former City Counselor, and former Circuit Court Judge. He lived his life to the fullest. He was a loving husband and proud grandfather/great grandfather. Jack was an avid golfer and golfed daily at the Sullivan Golf Course. He also enjoyed growing his tomatoes. Jack will be lovingly remembered and missed by his family and friends.

He was preceded in death by his daughter, Doreen Koehr; his parents, George E. and Mary (Smaling) Koehr; and one brother, Robert Koehr.

Friends may send online condolences to the family of The Honorable Jack L. Koehr at www.eatonfuneralhome.com.

All arrangements are under the care of the Eaton Funeral Home of Sullivan & Bourbon, MO.