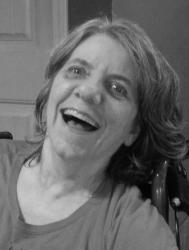 Felecia Fay was born on September 13, 1962 in St. Louis, MO, to the late Bob P. and Dorothy E. (Pruitt) Horn. She was diagnosed with Multiple Sclerosis at a young age. Felecia and Albert Hilse were united in marriage on January 25, 1985 in Steelville, MO. To this union, five children were born: Desiree’, Albert, Jr., Havis, Alex and Travis. Together, Felecia and Albert raised their family in Bourbon and Sullivan. Felecia loved Mexican food and Frappuccino’s, she enjoyed watching TV Land and General Hospital, her favorite flowers were roses and lilies. Most of all, she loved spending time with her family (especially her grandbabies). Felecia will be missed dearly by her family and friends.

Felecia was preceded in death by her parents, Bob P. and Dorothy E. (Pruitt) Horn.

No services will be held at this time.