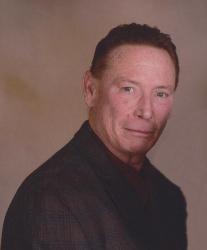 Doug was born on December 18, 1959 in St. Louis, MO, the son of Arliss Vaughn and Roberta Lancaster-Vaughn. He grew up around Festus, MO and graduated from Crystal City High School. For 33 years, Doug worked as a CNC machinist and later a programmer and also production manager.  In 1998 - 2014, Doug was part owner of ACT in Cuba, MO, doing what he loved, making parts for aerospace. Doug was most recently employed by Sullivan Precision Metal Finishing in Sullivan, from 2016 – 2019.

Doug was united in marriage to Diane E. Roskilly on July 13, 1991 in Cuba, MO. They raised Diane’s two boys, Sean and Eric, together. The boys were involved in sports and Doug did his best to make it to as many sporting events as possible. Doug was so proud of these two young boys and the men they grew up to be.

On January 24, 1999 Doug accepted Christ the Lord as his personal savior and was baptized at Concordia Lutheran Church of Bourbon, MO. Later, he served as an Elder for several years, taught Sunday school and worked with the youth group, where they served luncheons for Berti Auctions to help the youth earn money for church camps and gatherings. Doug was very involved with his church.

He enjoyed fishing, hunting, spending time with his grandchildren and cruising; Alaska was one of his favorite places. Doug will be lovingly remembered and missed by his family and friends.

He was preceded in death by his father, Arliss Vaughn; stepmother, Argenta “Jane” Vaughn; one brother, Dean Vaughn; and father-in-law, Larry Roskilly.

A Memorial Service was held 11 p.m., Saturday, October 5, 2019 at Concordia Lutheran Church in Bourbon, MO, with Pastors John Roach and Dennis Roedemeier as the officiants. Burial of cremains was held in Hill Cemetery, Bourbon, MO.

In lieu of flowers, family has asked for donations to be made to Hill Cemetery or Concordia Lutheran Church in Doug’s name.

Friends may send online condolences to Doug’s family at www.eatonfuneralhome.com.