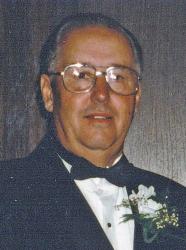 Darrel was born on October 20, 1937 in Sullivan, M), the son of Oscar and Diveta (Bell) Schatz. He grew up in Sullivan and graduated from Sullivan High school, Class of 1955. Darrel was united in marriage to Mae June Harmon On October 25, 1958, at Temple Baptist Church in Sullivan. He then honorably served his country in the United States Army. Darrel was employed by McDonnell Douglas for thirty-five plus years, mostly as Assistant Business Director of the IAM Machinists Union District 837.  He retired from McDonnell in 1995. Darrel was a dedicated and faithful member of New Testament Baptist, where he served as Deacon, taught Sunday school, and drove the bus. Darrel was also the Director of church league sports for many years, which included, basketball, baseball, and volleyball. Darrel enjoyed turkey hunting; but most of all, he loved his kids, grandkids and great grandkids. He will be lovingly remembered and missed by his family, church family and many friends.

Friends may send online condolences to the family of Mr. Schatz at www.eatonfuneralhome.com.