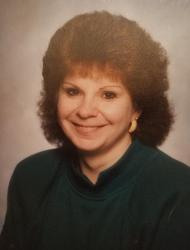 Cynthia Louise “known as Cindy Lou to friends and family” was born on December 24, 1950 to the late Curtis C. and Ida Mae (Pontius) Brown, in Sullivan, MO. She grew up and attended Sullivan Schools and was in the graduating class of 1968. Cindy was united in marriage to Mike Ivie in 1972 and together, they had two children, Rick and Tina. They raised their family in Pacific and Sullivan. Mike and Cindy were later divorced and she met and married Manuel “Lefty” Vierra on May 23, 2003 in Union, MO. Cindy was known for being a hardworking woman; she spent most of her work life with Von Weise Gear Co. in St. Clair, MO and Aerofil in Sullivan, MO. She was a fighter and took every obstacle that came her way with dignity and grace. Even while fighting her 4-year battle with cancer, Cindy managed to get up and go to work with a smile on her face and she often left a smile on the face of others. Cindy often spoke about retiring; however, she continued working up until her last days.

Cindy loved her cats, Peanut and Smokie; she enjoyed talking on the phone, reading, coloring books, puzzles and watching Hallmark movies. Her fight is now done and she can rest peacefully. Her family will keep her in their hearts and remember her as she was…kind and caring, loving, her heart of gold, spunkiness and ability to brighten a room.

Cindy was preceded in death by her parents, Curtis C. and Ida Mae (Pontius) Brown and an infant brother, Carl Lee.

A Celebration of Life Gathering was held from 6-8 p.m., Monday, February 5, 2018 at the Eaton Funeral Home in Sullivan, MO.

Memorial Contributions, in memory of Cindy, may be given to the American Cancer Society or Halo.