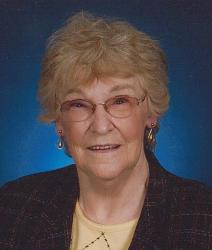 Bonnie Lee was born on April 11, 1928 to Rolla W. and Noble N. (Peek) Beckett in Hinch Creek, MO. She grew up attended school near Hinch Creek. Bonnie was united in marriage to Cecil Pennock on May 24, 1947 in Shirley, MO and to this union, three children were born: Cecil, Gary and Elaine. Bonnie and Cecil moved to East Peoria, IL and raised their family there. Upon Cecil’s retirement in 1977, they returned to the Bourbon area. Bonnie enjoyed camping, fishing and taking road trips.

Graveside Services were conducted at 1 p.m., Thursday, at Bourbon Cemetery in Bourbon, MO.