CCSD Arrests Man For Failing To Register As Sex Offender 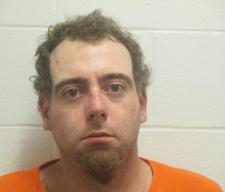 The Crawford County Sheriff’s Department arrested a man May 30 for failing to register as a sex offender after moving from Leasburg to Cuba and residing there for approximately two months.

Timothy Spurgeon, 32, Cuba, has been charged with failure to register as a sex offender. Spurgeon was convicted in 2005 of statutory sodomy of a victim under the age of 14.

Spurgeon had been registered at a residence in the 200 block of McPherson Road in Leasburg. He was found living in the 300 block of East Washington Street in Cuba. Spurgeon told deputies he forgot to register the new address and admitted to having a cell phone that also was not registered.

Deputies also learned Spurgeon admitted to having a Facebook page under an alias of “Tim Starks.” Starks, he said, was his biological father’s last name.