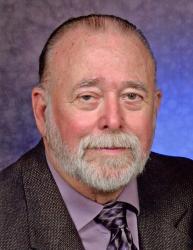 Walter Edward Reimers of Leasburg, Missouri was born on February 28, 1934 in St. Louis, Missouri to the union of Walter C. and Clara (Greishaber) Reimers. He left from this life on Wednesday, March 18, 2020 at his home at the age of 86 years.

Walter was united in marriage to Lorraine L. Deschaine on November 26, 1955 in Houlton, Maine and to this union five children were born Lori, Karen, Gary, Brian and David.

Walter honorably served his country in United States Air Force during the Korean War. He retired from McDonnell-Douglas as a Parts Inspector, after 32 years of dedicated service. He spent many countless hours and days mentoring, coaching, refereeing and judging Amateur Boxing in St. Louis. His love for his family, especially his grandchildren will never be forgotten.

If desired, memorials would be appreciated to the American Heart Association.

The Mizell Funeral Home is honored to be serving the Reimers family.