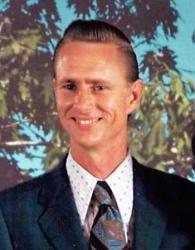 He was united in marriage to Merle Jean Olten on Dec. 29, 1962, at Crossroads Baptist Church.

Raymond had served his country with the United States Army.  He was a member of the Rosebud American Legion and a former member of the Presbyterian Church were he  served as Deacon.  He taught small engine repair for the 4-H Club for many years.

He was preceded in death by his parents, Otto and Lillie Bartel: wife, Merle Jean Bartel; and sister, Helen LaValle.

He is survived by his children, Danny Bartel of Owensville, Rachel Tyree and husband, Wayne, of Sullivan and Shannon Smith and husband, Robert, of Union; brothers, Harold Bartel and wife, Jewell, of Marietta, Ga. and Jerry Bartel and wife, Jan, of Jefferson City; sister, Lorene DePau of St. Louis; brother-in-law, Dean LaValle of Union; and grandchildren, Michael Tyree and Kyrah Smith.

Visitation will be on Saturday, June 13 from 9-11 a.m. at Gottenstroeter Chapel in Owensville.

Funeral services will follow at 11 a.m. with Rev. Kevin Sullivan officiating. Burial will be in Countryside Memorial Gardens with full military honors.