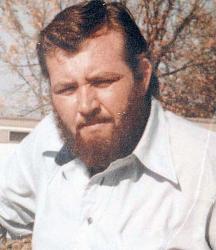 Phillip “Dale” Kline, age 69, of Sullivan, MO, passed away on Saturday, May 11, 2019 at Barnes Jewish Hospital in St. Louis, surrounded by his family.

Dale was born on March 19, 1950 in Sullivan, MO, the son of Jacob Kline and Golden Waneda (Phillips) Kline. He was united in marriage to Elizabeth Enloe on September 15, 1979 and they made their home in Alton, IL. Dale was employed as a Pipefitter with the Plumbers and Pipe Fitters Union # 553 from 1977 to 1989. In 1987, Dale and Elizabeth moved back to the Sullivan area. Dale enjoyed many activities including hunting, fishing, taxidermy, gardening and canning. He was also a Rosicrucian in the Webster Groves Masonic Lodge.

He was preceded in death by his parents; two brothers, Don and Dan Kline; and one sister, Gloria Smith.

Memorial contributions may be made to:  St. Jude Children’s Hospital

Friends may send online condolences to Dale’s family at www.eatonfuneralhome.com.

All arrangements were under the care of the Eaton Funeral Home of Sullivan & Bourbon, MO.