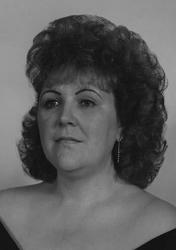 Linda Diane Roberts, 67, of Sullivan, MO, passed away Tuesday, May 2, 2017 at Grandview Nursing Center in Washington, MO, surrounded by her family. Linda Diane Pierce was born November 15, 1949 in St. Louis, MO to John A. and Doris Lee (Warren) Pierce. She attended Roosevelt High School in St. Louis. Upon completion, she married Emerson Roberts on June 1, 1968 and moved to Sullivan. They were blessed with three children; Ray, Elizabeth and Theresa. Linda was employed by Pacer Industries in Washington, MO, for over 25 years, retiring in 1993. She had an upbeat personality and enjoyed many aspects of life. This included spending time with her family, especially her grandson, Mason. She also enjoyed spending time with friends, listening to Elvis Presley music and going to the movies. She had a gift for making people feel special and brought laughter wherever she went. She will be missed by her family and many friends. Linda is survived by two daughters, Elizabeth Fleming of Pacific, MO and Theresa McCulloch of O’Fallon, MO; one grandchild Mason Fleming; one brother Richard Roberts of Fenton, MO; and best friend Paula Janz of Washington, MO, as well as other relatives and friends. Linda was preceded in death by her parents, John and Doris (Warren) Pierce; and her son, Ray Allen Roberts. A Memorial service was conducted 6 p.m., Monday, May 8, 2017 at Eaton Funeral Home in Sullivan. The family received friends from 3-6 p.m., Monday evening at Eaton Funeral Home in Sullivan. Friends may send condolences to the Roberts family at www.eatonfuneralhome.co