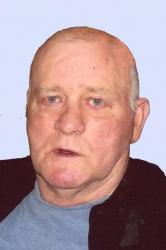 Gerry Leo Rulo, of Sullivan, MO, departed this life at his home, surrounded by the love of his family, on January 28, 2018, having reached the age of seventy years, three months and seventeen days.

Gerry was born in Richwoods, MO, on October 11, 1947, son of George Leo Rulo and Myrtle Juanita Rulo nee Washburn, known to all as Juanita. On March 14, 1980 he was united in marriage to Dora Elane Naucke nee Horton and they were blessed to have five children.

Gerry was preceded in death by his mother, Juanita Rulo; by two grandchilden, Devin and Tessa Yoder,and by two sisters, Janet Smith and Phyllis Kindrick.

Gerry was approached to play baseball as a young man by a St. Louis Cardinals minor league team but instead decided to serve his country in the United States Army during the Vietnam War. He enlisted on March 15, 1965 and received his honorable discharge on October 8, 1976, after having attained the rank of Sergeant and serving with the 101st Airborne Division. After his discharge he worked at various factories in the area and had most recently been employed at Walmart in Sullivan, MO, as a stocker. An outdoorsman at heart, he loved to go fishing and hunting. Gerry also enjoyed going bowling, working on cars, playing baseball with the kids and watching St. Louis Cardinals baseball games on television. What meant most to him was time spent with his family and he especially loved family reunions. The love they shared and many precious memories they created will forever live in their hearts.

Funeral services were held at 10 a.m., Friday, February 2, 2018, at Russell Colonial Funeral Home in St. Clair, MO, with Pastor Douglas Cage officiating. Interment with full military honors was in Jefferson Barracks National Cemetery in St. Louis, MO. Memorials may be made to the family in care of the funeral home.