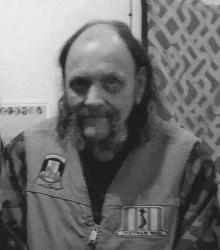 Douglas H. Thomason, age 69, of Bourbon, MO passed away Thursday, March 8, 2018 at his home, surrounded by his family.

Douglas “Doug” Hillard was born on September 11, 1948, to James E. and Marylee Evans Thomason in Cape Girardeau, MO. He served his country in the United States Marine Corps during the Vietnam War. Doug was very patriotic and proud of his service to his country. He traveled around the country and lived and worked in nearly every state. He drove a truck for many years, worked as a security guard, was employed as a cook on a shrimp boat in Louisiana and for 20 plus years, he lived and worked for J.R. Dunn as a ceiling installer in Paulsbo, Washington. Doug suffered from Post-Traumatic Stress Disorder; however, he never let it keep him down. In his spare time, he enjoyed hunting, fishing and adult coloring (which relieved his stress). For the past year and a half, Doug had made his home with his niece, Becky, and her husband, Steven. He enjoyed the solitude of living in the country with his family, who loved him dearly, and will miss him greatly. Doug was a lifelong member of the V.F.W. Post in Sullivan.