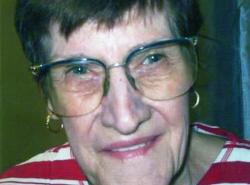 Doris Corine was born on June 29, 1934 to the late Glen Sr. and Viola (Asher) Shuey in St. James, MO. She grew up and attended school in St. James. On March 25, 1962 Doris and Thomas Plummer were united in marriage in California. Doris worked as a waitress for many years while raising her family. She also enjoyed gardening and spending time at the beach. Doris and Thomas celebrated 47 years together before his passing in 2009. They enjoyed music and dancing together. Doris will be miss dearly by her family and friends.

Friends may send condolences to the Plummer family online at www.eatonfuneralhome.com.

All arrangements were under the care of the Eaton Funeral Home, Sullivan, MO.