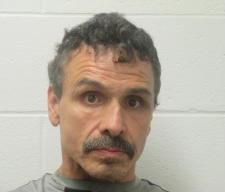 Police say a Steelville man was in possession of firearms, drugs and was hiding a suspect from officers.

Court documents allege that on May 29, Steelville police went to the 200 block of West Euclid Street. Esparza, who was attempting to go to the upstairs portion, was ordered down the stairs and placed into cuffs.

Police told Esparza they were looking for a suspect, firearms and controlled substances. Esparza allegedly told officers the suspect wasn’t there, guns weren’t present and there were no drugs.

A search of the residence recovered methamphetamine, guns, ammunition, a crossbow, marijuana and drug paraphernalia.